I apologize for the delay in sharing the news of our little “Turkey.” She made her appearance well after Thanksgiving, which means much to her eventual delight, we will no longer be referring to her as a “turkey.”

The labor started in the night so when I walked into “the ring” (the labor and deliver room) things were already underway.

There I was–face to face with that moment I had prepared for… You know the one–whatever your battle is–You walk to the center of the ring and try to stay in the moment. You try not to think about how it might go. You try not to think about how long it will take–“I just need to make it through one round of punches at a time,” you tell yourself. This worked– for a while. I was able to “relax” in the way they say you should, and then get ready for the next onslaught.

Then very suddenly “relaxing” became impossible and I thought I was going to die. Literally. When I say “suddenly,” I mean we had only been at it for about 40 minutes.

The birth of my first daughter was very long. In the realm of comparing giving birth to a heading into battle, I would compare that first birth experience to a 15 round boxing match. If you’re a Rocky fan you’ll remember in Rocky II when Rocky says, “I just want to go the distance with Creed.” And so it was. We went the distance and finally after what seemed like an eternity she was born.

I was mentally prepared for this birth to take some time too then. Well…doesn’t life like to surprise us?

In comparison to that, the birth of our second little lady was more like a One-Round, Total Knock Out. Labor came at me like it was trying to kill me. It was all the punch of the first labor in about 1/10 of the time. This girl was coming like a freight train and there was no stopping her.

Right at that moment when I started feeling like I might die, the midwife said in a shock, “Oh, the baby is coming now!” No joke- in that 40 minutes, I went from 3 cm dilated to “time to push.” Ten minutes later our little lovely was there.

To be honest- it was intense and pretty terrible–like something beating its way out of you- or having waves nearly drown you, coming so close together that you can’t come up for air in between–but in the end– like many great adventure stories–you emerge victorious just in the nick of time.

I’m proud to say that we had a totally natural birth…but in all honesty if there had been time I think I would have begged for the drugs.

While our girl is a total knock out herself, this first month has been one long reminder that we are never too old to learn something new or relearn something we learned before. It has also reminded me that I am an impatient soul– I like to learn stuff and move on–relearning is not my favorite. That truth has made this time especially challenging.

Life and death–two things we saw much of in 2017–are game changers. For those of us who get to observe, they are life’s teachers, but their lessons are not easy and they often seem to do nothing but break our hearts. Still some, like the birth of this tiny bean, fill you with a respect for what is magical, inexplicable, astonishing and miraculous. These moments are the fuel to help you carry on, curious and hungry to see what’s next. 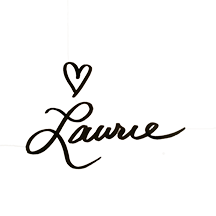